The Lego Movie: Everything Really IS Awesome! | Kids Out and About Providence

The Lego Movie: Everything Really IS Awesome!

The Lego Movie: Everything really IS awesome. 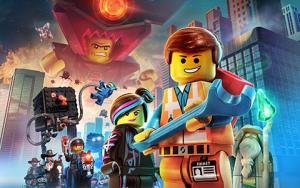 Hollywood executives in search of the next great family blockbuster that hits on all cylinders and strikes all the right notes across the age spectrum should bring a notebook and pen while watching The Lego Movie.

The cynics who predicted nothing more than a crass 90-minute Lego commercial disguised as a feature length film, surely walked away from this winning movie dejected and defeated.

The Lego Movie is spectacular. It's a story with heart, humor, a little something to say about pop culture and conformity, and more celebrity guest stars than Jay Leno's recent Tonight Show farewell.

At my 10am screening, which included my 9, 7, and 7-year-old, there was never a moment in the movie that required explaining (during or after the showing). Just pure cinematic joy for everyone in our group: 42 years old to 6!

The sly comedy and social commentary get off to an explosive start. Emmit begins his bland weekday rejoicing in the drudgery of a solitary Lego figure's morning routine.

Slavishly following a direction manual for everything from shaving to paying for overpriced coffee, Emmit attacks his hum-drum rituals with the joy of a child on Christmas morning.

As Emmit makes his way to his construction job, the entire Lego metropolis of Bricksburg bursts to life with the insipid soundtrack of a comically bad pop tune "Everything is Awesome!"

For parents, this is clearly a nod to "1984," or any film that portrays a dystopian future where free will and variety has been squashed in the name of conformity and/or progress.

Unlike "1984," though, the cruel world that suppresses the individual isn't a cold and drab landscape, instead, it is a bright, shiny plastic world where citizens are only too happy to be active participants in suffocating their own souls.

While parents will appreciate the sideways swipe at our real-world "Everything is Awesome" mentality, the kids will be tickled with the slick animation and the staggering visuals of a Lego world coming to life.

It's the kind of "operating on both levels" style of family entertainment pioneered by Sesame Street and occasionally worked to perfection by the likes of Spongebob Squarepants and Phineas and Ferb.

And what makes The Lego Movie an actual artistic achievement beyond the adult wit and flashing colors for the kids, is a storyline that inspires variety and dares children to dream big.

Will Ferrell turns in yet another masterful performance as the movie's bad guy. President Business, or "Lord Business," is determined to enforce a crushing sameness to all of the Lego worlds.

Emmit backs into the resistance movement and with the help of Batman, Superman, Abraham Lincoln, a bipolar multi-colored pony, and even Shaquille O'Neal--- an epic battle ensues.

Will The Lego Movie sell an obscene amount of Lego toys and products?

Is the obligatory sequel already in the works?

Will the ironic and deliberately awful song "Everything is Awesome" become a hit in the real world?

But in spite of all these factors, The Lego Movie has more heart and sustenance for the little guy than any movie this side of Rudy.

Everything really is awesome!

Pat McGonigle is a reporter for NBC Affiliiate KSDK and father of five living in St. Louis